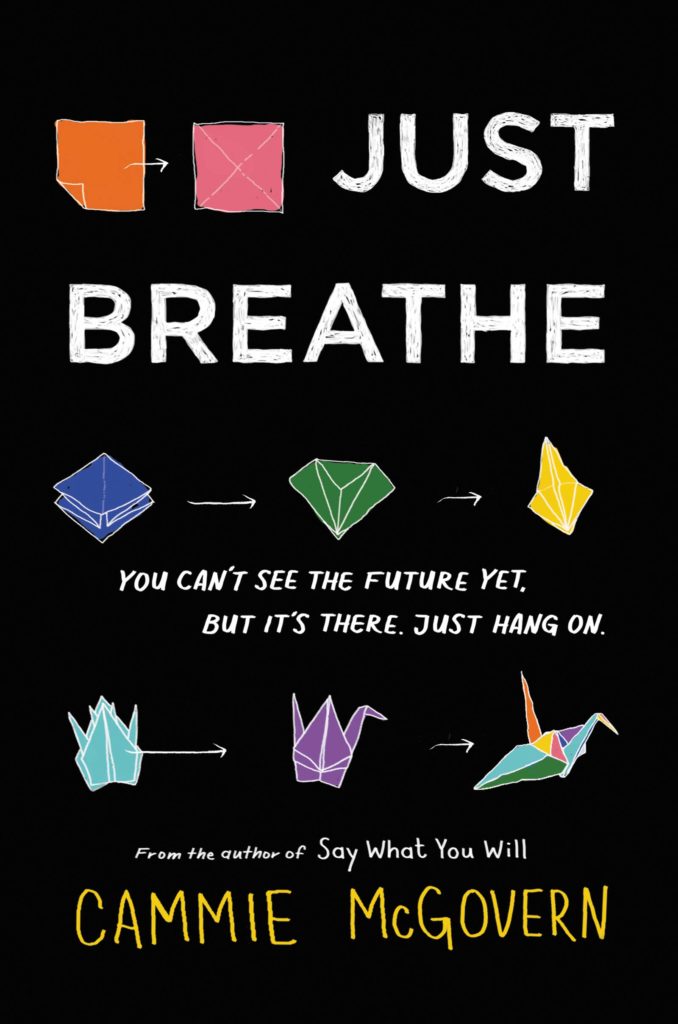 David Scheinman is the popular president of his senior class, battling cystic fibrosis.

Jamie Turner is a quiet sophomore, struggling with depression.

The pair soon realizes that they’re able to be more themselves with each other than they can be with anyone else, and their unlikely friendship starts to turn into something so much more.

But neither Jamie nor David can bring themselves to reveal the secrets that weigh most heavily on their hearts—and their time for honesty may be running out.

“McGovern deftly handles the classic sickbed romance elements of her story, but what makes the tale especially rich is the alternating narration. Thoughtful romance fans will appreciate the dimensionality of the characters and the lack of inevitability about the protagonists’ final resolution; non-romance readers will also find the authenticity of the human dynamics here a rewarding read.” –Bulletin of the Center for Children’s Books

“The novel is extraordinary for its unflinching look at both depression and chronic illness. Without sugarcoating, sentimentalizing, or trivializing either, it never slips into pathos. The depiction of mental health struggles is profoundly accurate and understanding. A gift to readers.” –Kirkus Reviews (starred review)

“The shifting perspectives add nice depth. McGovern skillfully imbues her characters with realistic voices. With a plot that moves swiftly, ratcheting up the tension until the crisis, this brilliant, nuanced, and hopeful title will have wide appeal, particularly from fans of authors such as John Green or Sarah Dessen.” –Booklist (starred review)

“McGovern skillfully raises the dramatic tension. David’s surreal out-of-body episodes [are] reminiscent of those in Gayle Forman’s If I Stay. Sobering in its exploration of mental and physical illness, McGovern’s sensitive, well-crafted novel leads readers to an optimistic outcome.” –Publishers Weekly